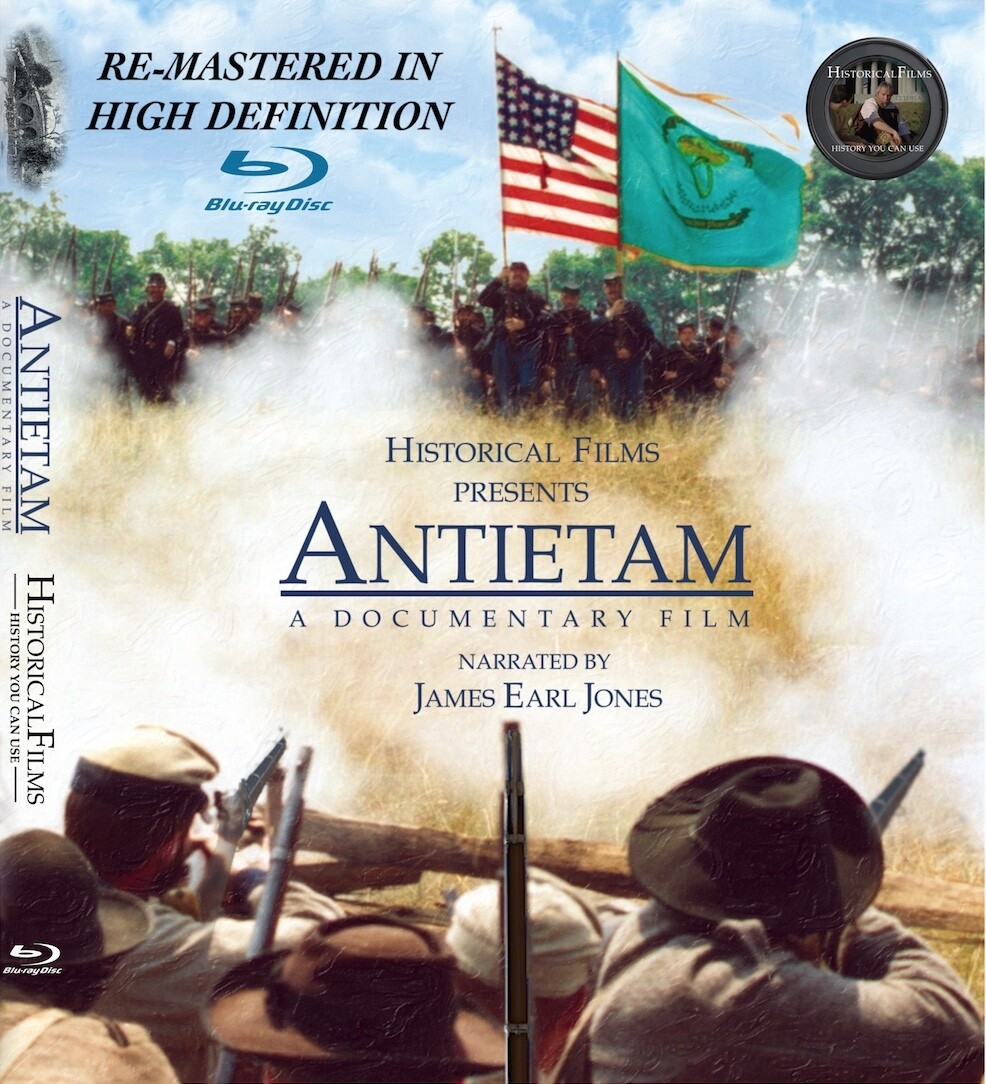 Unique, educational, and action-packed, Antietam, A Documentary Film was filmed on the actual Antietam battlefield and captured in 35mm motion picture film. It is narrated by James Earl Jones and includes four, on-site historians, working in pairs, two to each side. They walk the field, describing the action that took place right before their eyes. For the Union perspective: D. Scott Hartwig and Thomas Clemens; for the Confederates: Gordon Rhea and David Finney. Award-winning historians James McPherson and Gary Gallagher are also featured.

Combat actions were faithfully recreated where they actually occurred, while adjoining farm fields provided additional terrain for high-impact scenarios. Animated graphics offer a birds-eye view of the ground and the two armies, as they move and collide across this country's bloodiest single-day battlefield. Period-appropriate, check-row pattern cornfields were planted to provide the correct environment for the contending armies, and historically-accurate fencing was constructed at the Miller farm, Sunken Road, and Burnside Bridge.

On Bluray HD DVD and downloadable in HD as an .mp4. Running time: one hour and 9 minutes, stereo sound. The Bluray contains two special features and trailers from other programs.