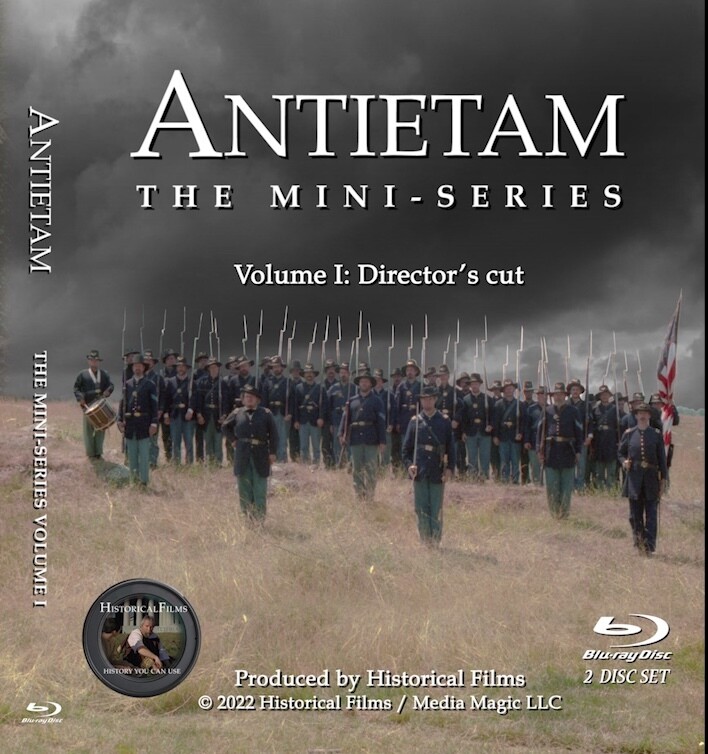 Episode One: “Instruments of Change,” taps the constitutional roots of the Antietam Campaign: Confederate national strategy to win the war and secure peace with the North. The campaign’s role as the catalyst for emancipation is also established. The Confederate invasion of Maryland begins. President Lincoln reinstates George McClellan to command in order to forestall disintegration of the Union army. The Battle of South Mountain and siege of Harpers Ferry disrupt Robert E. Lee’s plans and timetable. RUNNING TIME 94 MINUTES

Episode Two: “The Day Everything Changed,” applies military precedent and tradition, strategic considerations, and the daily biorhythms of the body to Lee’s decision to fight McClellan at Antietam. George McClellan initiates “the bloodiest day in American history, with the attack in the famous Miller cornfield. The legend of “The Brothers” War” is compared with the true nature of Civil War combat, and the body’s chemical reactions to immediate danger. Fighting swirls around the Dunker Church and in the West Woods where “... one American is killed or wounded every single second.” RUNNING TIME 113 MINUTES