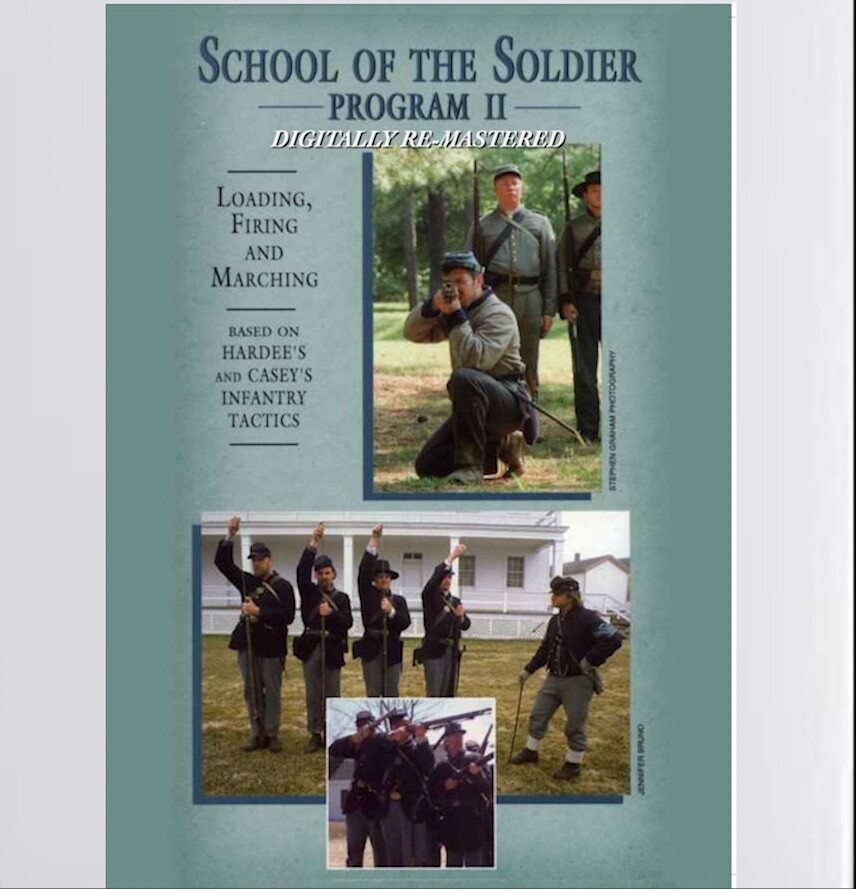 SCHOOL OF THE SOLDIER II

The one (actually two) and only program(s) for the Civil War Reenactor, and anyone who wants to know how soldiers were trained for the campaigns and battles in the Civil War. This program has been purchased for National Park Service staff and volunteers, by museums and historic places for instruction on small arms firing, and by top-quality units who reenact the Civil War. Filmed at Petersburg National Battlefield, and historic Fort Mackinac, in Michigan, this is the only in-depth study of the army’s training manuals, with special attention paid to the variants that each side used for different units.

Two kinds of people worked on this film to make it effective: Civil War tactics specialists, and professionals in the art of using television to teach. There is no other program like it – a must for the beginner, and an excellent refresher for the veteran or someone moving up in the ranks, or into command positions. Each program can be ordered separately, or as a two-part, complete set. Running time is 58 minutes.