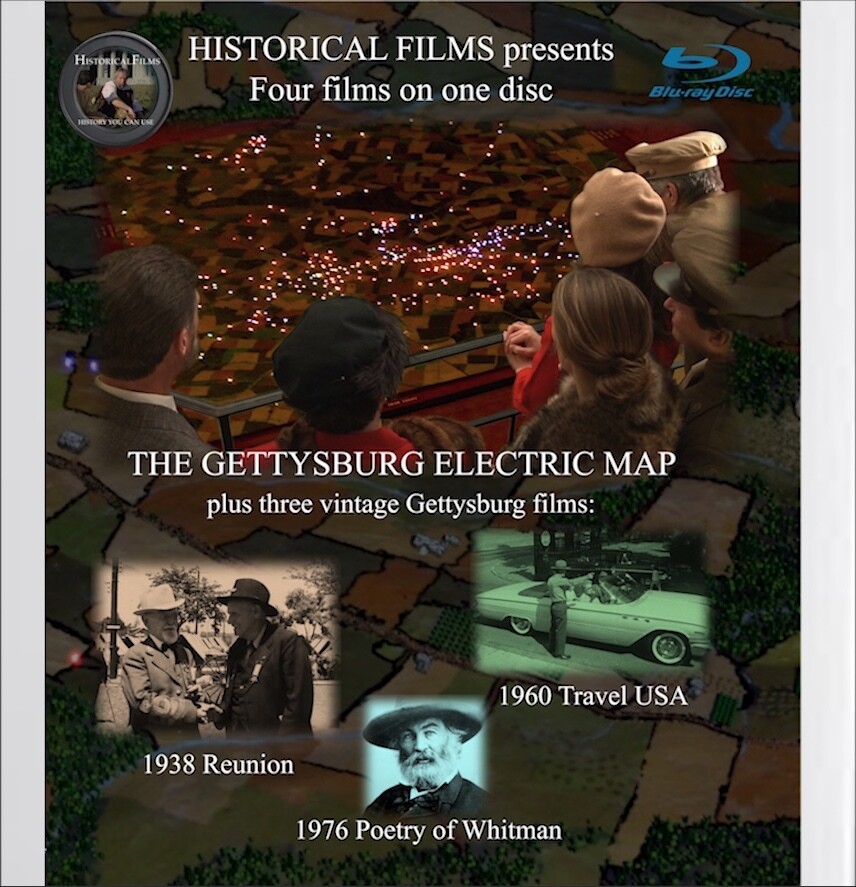 The Gettysburg Electric Map was a large terrain map, which remained in operation for almost eighty years at Gettysburg National Military Park. The original map was researched, designed and constructed in the late 1930s and featured electric lights of red and blue to represent the positions and movements of Confederate and Union armies. When the visitors center was moved in 2008 the map was placed in storage. This program is based on the original electric map concept and uses “electrical lights” in the same manner. The map is three-dimensional and was computer generated from the original terrain map. Photographs, graphics and combat action have been added to enhance the viewing experience. The narration is an adaptation of the original script for the electric map from 1938. The script was written by park historian D. Scott Hartwig, and your narrator is John O’Grady. Running time is 22 minutes.

A special presentation of three Gettysburg documentary film pieces is included. See how the battlefield was interpreted in the 1930s, 1950s, and 1970s.