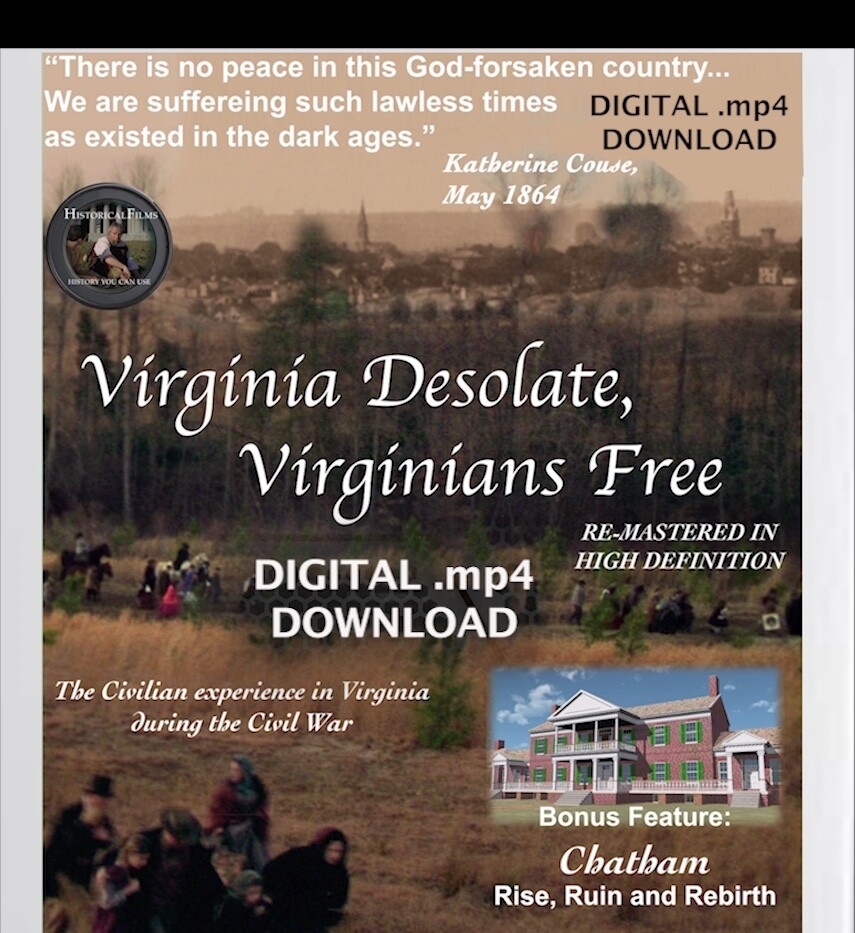 Produced for the National Park Service at Fredericksburg, these programs take a look at war from the eyes of civilians: the men and women of the Fredericksburg area, and their children. Special attention is paid to the history of the slaves who became free during the hard fighting in and around Fredericksburg during the war. Nowhere was the fighting so prolonged and in such close proximity to the civilian population, as it was at Fredericksburg. With four major battles, and the area changing hands repeatedly, friendships and loyalties were tested – confirmed or destroyed by the wastage of war and the bitterness of change, of losing, and the occupation by Federal forces. The diversity of these feelings – so different for pro-Union residents and slaves – is covered in great detail. “Virginia Desolate, Virginians Free” completes the story of the Civil War in Virginia, filling in the experience of those who were there before the armies came, who stayed on through battle and occupation, and who endured the “unendurable”: defeat - long after the war was over. Running time is 35 minutes.

This program is complimented by a special feature on the history of Chatham manor, the headquarters for the National Park Service at Fredericksburg. Using three-dimensional animated graphics, we follow the growth of Chatham, and the addition of its out-buildings and grounds, and the people who lived and worked there - from its earliest days, through the 20th century.