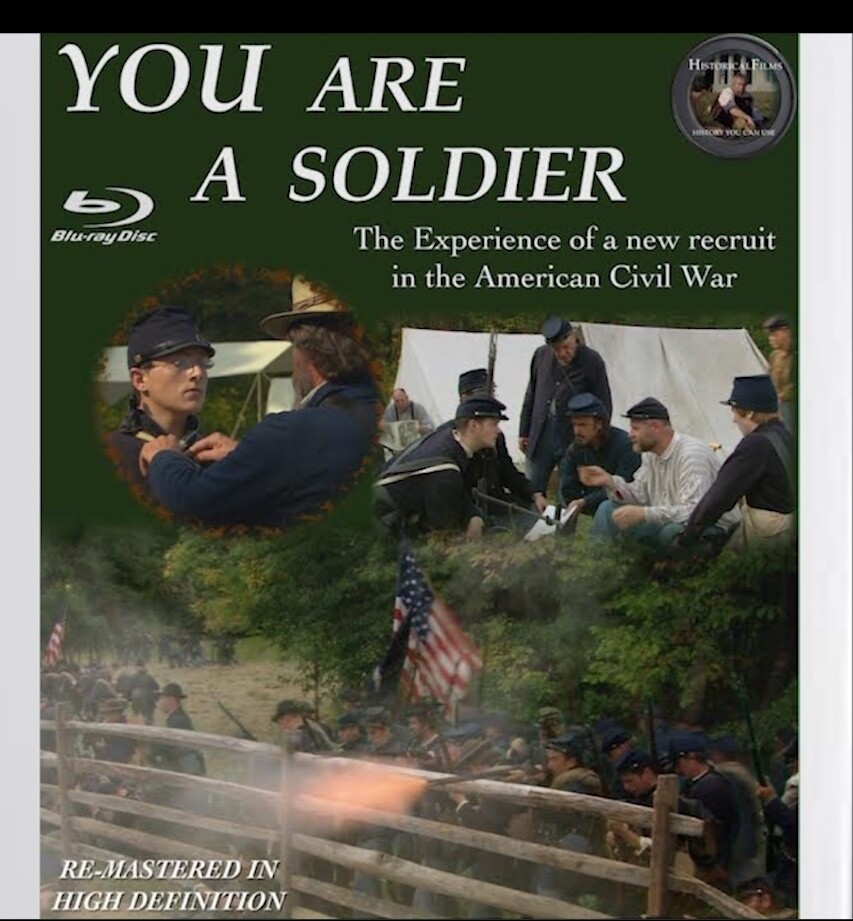 YOU ARE A SOLDIER

Imagine what it was like to be a new recruit in the Army of the Potomac after Gettysburg. Everything it takes to be a soldier – how to wear the uniform, set up camp, pack for marching, fire the weapon, follow orders, march, maneuver, fight and stay alive – must be learned, and quickly. “You are a Soldier” captures this unique experience in gritty detail, as a gaggle of new recruits are added to a veteran unit during the late summer campaign of 1863.

Like anyone in an established organization, the veterans are grateful for the replacements. They are helpful in guiding the recruits and imparting their wisdom of fighting and campaigning. But they are not completely accepting. “Acceptance” is something the recruits will have to earn – the respect of their comrades that can only come from keeping up with the column, and doing their duty in battle.

The full range of emotions and motivations about why men join the army, and fight a war, are explored. Soldiers’ pastimes – from devout religious observance to petty gambling – are revealed in this in-depth look at the life of a soldier. Produced for Gettysburg National Military Park’s Education Department, this program is an extraordinary classroom tool, exploring the life of a soldier from the perspective of a very young recruit – someone barely old enough to fit into a uniform and carry a rifle – as young as the students in a secondary education classroom. Running time is 48 minutes.